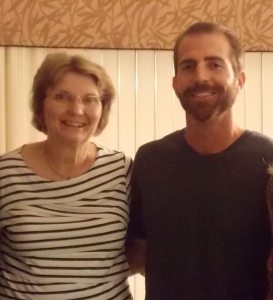 Announcing…[drum roll] a new Facebook page for the memoir project I’m working on with Uriah Courtney.

Uriah is a high-profile exoneree who was wrongfully convicted and incarcerated more than eight years for a sexual assault he did not commit. Sentenced to life in prison, he eventually was released after new DNA testing conclusively matched another man, a registered sex offender who lived with three miles of the crime scene at the time.

The California Innocence Project (CIP) took on Uriah’s case and worked with law enforcement and other organizations to obtain the new testing. CIP efforts secured Uriah’s release and his subsequent exoneration. CIP has supported and encouraged Uriah in amazing ways. They’ve posted his story, pictures, and videos of his release and his emotional reunion with his son. Because the wrong conviction was a sexual assault against a minor, Uriah was not permitted contact with his son while he was incarcerated. His son was two-years-old when Uriah was arrested. He was ten when Uriah finally hugged him again. 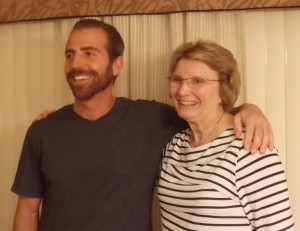 Last spring, I interviewed Uriah and wrote an article about him for Christian Renewal. After that, we both felt compelled to share Uriah’s story with a wider reading audience by writing his memoir. Uriah began sending me chunks of memories, which I started organizing and crafting into chapters. Through a series of amazing providences, I flew to San Diego last fall to meet him and work with him in person for a few days.

Since then, we’ve moved forward on the project and have sought publishing avenues. Both of these aspects remain works in progress, but we trust God will provide exactly the right publisher and editor in his perfect timing. We’re aiming at an August manuscript completion date.

And we’re already promoting the memoir, particularly through the Facebook page. Check it out! You’ll find more pictures of Uriah and our time together in San Diego. When you visit the Uriah Courtney, Exoneree page, be sure to “like” it. We do.