Hammond, WI, is an hour and half directly north of Rochester, MN, and about 30 minutes east of the Minneapolis/St. Paul metropolitan area. It’s also the home of Covenant Presbyterian Church, an Orthodox Presbyterian Church congregation consisting of Reformed believers from a variety of ecclesiastical backgrounds.

Rev. Shane Lems was installed as the congregation’s minister on October 18, 2013, having formerly served as church planter and pastor for the United Reformed Church of Sunnyside, WA.

“After six pretty good years there, an excellent opportunity came up in the OPC here at Hammond,” he explains. “They were planting a church and needed a pastor at the mother church. We liked the area and the church situation seemed like a good fit since they were planting and since they chose me from a big handful of candidates—after looking at our ministerial information forms. Also, I was open to the OPC since I really appreciate Presbyterian polity and ecclesiology.”

Rev. Lems is a 2007 graduate of Westminster Seminary California. His Iowa roots and a warm welcome by his new congregation eased the adjustment when he and his family moved from one of America’s sunniest cities to experience one of the Midwest’s harshest winters in a small town with a population under 2,000.

“The transition was much easier than we expected,” he says. “They accepted us from day one, and we’ve always felt cared for thus far. Since Lisa and I grew up in the Midwest, we are familiar with season changes, so the snow wasn’t too difficult to handle, and our four kids are doing well here also—they like it.”

The church itself is undergoing transition since its former pastor, Rev. Kim Kuhfuss, began planting a daughter church in Eau Claire, about an hour east and a little south.

“The church did break up after the plant, but in a very good way,” says Rev. Lems. “It broke away on good terms to plant another solid church, this time in Eau Claire. It’s been a good relationship so far on both ends. Honestly, even people at both churches will say how smooth this transition and change has gone. There’s good unity here!” 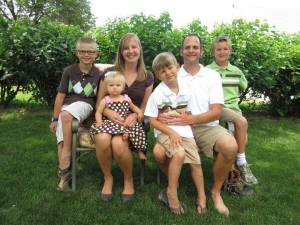 Providence Reformed Church, the Eau Claire plant (see related article below), remains under the oversight of the elders at Covenant Presbyterian and is partially funded by the Presbytery of the Midwest.

Covenant’s session is exploring ways to promote growth within the church and community.

According to the church website, Covenant Presbyterian’s session consists of Pastor Lems, four elders and three deacons. Church school is held at 9:00 am on Sundays with worship services 10:00 am and 6:00 pm. The church is located at 680 Broadway Street in Hammond, WI.

The church has a Facebook page, as well as a website. Rev. Lems posts blog entries on the church site and continues to post at The Reformed Reader blog. 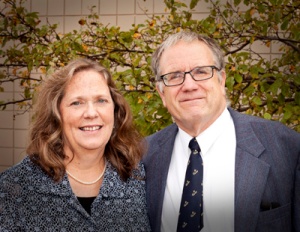 Having witnessed the Presbytery exam of Rev. Kim Kuhfuss nine years ago, I was intrigued to discover his name as the current church planter for an OPC work in Eau Claire, WI.

Providence Reformed Church began meeting in July of 2013 under the oversight of Covenant Presbyterian Church of Hammond, WI (see above article). Covenant’s former pastor, Rev. Kuhfuss, and his wife had purchased a home in Eau Claire where they hosted initial meetings. Earlier this year, he requested permission to begin full-time church planting efforts there.

About 40 people attend 10:00 am worship services in the Eau Claire Micon Cinema at 3109 Mall Drive. An evening service is held at 6:00 in the parsonage, and a Wednesday evening Bible study takes place in a member’s home.

Rev. Kuhfuss describes the biggest challenge as “getting our name out in the community, making our presence known, and letting people know exactly who we are and what we are all about.”

The group has been attempting to do that through various advertising venues, such as newspaper, radio, local magazines, and mailers. They’ve also increased awareness by going door-to-door and participating in community events and outreaches.

An article in the January 2014 issue of the OPC denominational magazine, New Horizons, related that Eau Claire is home to about 115,000 people as well as the location of a University of Wisconsin branch campus. Rev. Kuhfuss reports that two students and a staff member of Cru (previously Campus Crusade) meet with the Providence group. Their attendance encourages the group to continue pursuing a presence within the local university community.

The New Horizons article explained this isn’t Covenant’s first effort to establish a congregation in Eau Claire. Three families driving an hour to an hour and a half each Sunday led to Covenant beginning a 2008 work, which was discontinued due to lack of progress in 2010. But new contacts from the area and more families driving many miles led to this second attempt.

Rev. Kuhfuss is optimistic about its future. He identifies the greatest joy of the work as “hopefully planting a church in this city that will be here to serve God for many years to come.”

The men have been meeting for three months in regular times of prayer on Saturday mornings. Rev. Kuhfuss also requests prayer “as there are no particular Reformed churches in this area, although there are some churches where the pastors would accept at least portions of Reformed teaching.”

Rev. Kuhfuss spent 16 years as an Assemblies of God minister before coming to the Reformed faith. His transformed theological persuasion led to his 2005 exam in Des Moines and the subsequent entrance of Covenant Presbyterian Church into the OPC.

The above articles by Glenda Mathes appeared on pages 13-15 of the May 28, 2014, issue of Christian Renewal.