Remember Matthew? Those of you who’ve been reading my novel for years may recall him. He’s the protagonist of a juvenile fiction series I originally began more than five years ago. And it’s been more than a year since I mentioned him.

Poor Matthew’s gone through some serious surgeries and lengthy hospital stays.  But he’s alive and well. When I’ve allowed myself time for fiction this winter, I’ve been fiddling with his story. 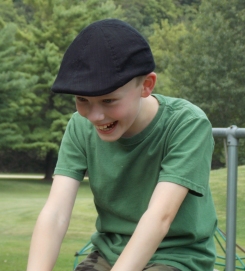 I resurrected Matthew because at Thanksgiving, my oldest grandson asked about his story. And since this first novel in the series is dedicated to him, I figured I ought to at least finish it.

Sadly, Matthew once again submitted to surgery, this time reconstructive. What was four novels in his series became three.  I believe this will be best for him in the long run, but right now he still suffers under the surgeon’s knife.

The reconstruction effort resulted in the addition of several chapters to the first novel, which is now too long for juvenile readers. The ruthless editor in me has donned surgical scrubs and picked up the scalpel.

Fellow Glen Wester Chris Bitler would call it “killing the children” and that’s very much what deleting precious scenes feels like. So while I’m resurrecting Matthew, I’m killing the unnecessary scene kids.

When do you know it’s time to ditch scenes you love? And how do you handle that?