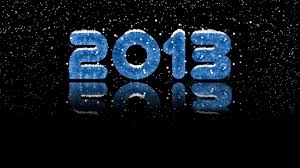 Perhaps the trouble is that most New Year’s resolutions are too vague. Instead of thinking about losing weight, implement a specific plan that includes meals with fewer calories. Eat smaller portions at home and pack up half your meal when dining out. Instead of thinking about spending more time in personal devotions, commit to a specific Bible reading plan. The Bible Gateway site offers several reading plans. There are also a wide variety of reading plans available on the ESV (English Standard Version) website.

Since I’m a word person, however, this morning I’m thinking about the various definitions of the word: resolution. Merriam-Webster.com defines it in six main ways:

1
: the act or process of resolving: as

a : the act of analyzing a complex notion into simpler ones

b : the act of answering : solving

c : the act of determining

d : the passing of a voice part from a dissonant to a consonant tone or the progression of a chord from dissonance to consonance

e : the separating of a chemical compound or mixture into its constituents

f (1) : the division of a prosodic element into its component parts (2) : the substitution in Greek or Latin prosody of two short syllables for a long syllable

g : the analysis of a vector into two or more vectors of which it is the sum

2
: the subsidence of a pathological state (as inflammation)
3
a : something that is resolved <made a resolution to mend my ways>

b : firmness of resolve

4
: a formal expression of opinion, will, or intent voted by an official body or assembled group
5
: the point in a literary work at which the chief  dramatic complication is worked out
6
a : the process or capability of making distinguishable the individual parts of an object, closely adjacent optical images, or sources of light

b : a measure of the sharpness of an image or of the fineness with which a device (as a video display, printer, or scanner) can produce or record such an image usually expressed as the total number or density of pixels in the image <a resolution of 1200 dots per inch>

The definition that first comes to your mind may relate to the kind of work you do or your primary interests.  I initially thought of definitions 1c and 3a since today is the first day of a new year, but definition 5 was a close second since I’m a writer. I admit that definitions 1d, e, f, and g, as well as 2 were totally off my radar.

But the point I really want to make on this first day of 2013 is that the new year has already been resolved (according to M-W fourth definition: dealt with successfully, cleared up, found an answer to, made clear or understandable).

Although we don’t know exactly what will happen in our lives or our world during 2013, we can be certain that God is in control. And God doesn’t change. Malachi 3:6 (ESV) tells us:

For I the Lord do not change; therefore you, O children of Jacob, are not consumed.

Isn’t it comforting to know that we will not be consumed in 2013? Psalm 102 provides this additional assurance about God:

Of old you laid the foundation of the earth,
and the heavens are the work of your hands.
They will perish, but you will remain;
they will all wear out like a garment.
You will change them like a robe, and they will pass away,
but you are the same, and your years have no end.
The children of your servants shall dwell secure;
their offspring shall be established before you (25-28, ESV).

God will keep us and our children secure, even when he unmakes his created cosmos. He loves us and cares for us. We can have confidence in his love because it lasts forever:

The steadfast love of the Lord never ceases;
his mercies never come to an end (Lamentations 3:22, ESV).

We can trust our unchanging and loving God to bless us in the new year with his good and perfect gifts:

Every good gift and every perfect gift is from above, coming down from the Father of lights with whom there is no variation or shadow due to change (James 1:17, ESV).

Our loving heavenly Father blesses us through our relationship with his Son. Jesus is Immanuel, “God with us” in the past, today, and for the future:

Jesus Christ is the same yesterday and today and forever (Hebrews 13:8, ESV).

Reflecting on the past year, we can see how God held us in his hands. Looking to the coming year, we can know with certainty that we can trust him for today and every tomorrow.