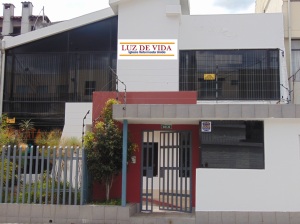 When the Luz de Vida congregation in Quito, Ecuador, needed to find a new worship location before July 15, 2015, God provided one on July 13—only two days before the deadline. On Sunday, July 19, the congregation began services at the new building with morning worship at 10:00 am and an evening prayer service at 5:00 pm.

As in many large cities, meeting space in Quito is rare and expensive. Church leaders were thrilled to find a reasonably priced building that fits congregational needs in a more centralized location than their previous meeting site.

One of the group’s two pastors, Rev. Pablo Landázuri says, “We know that a church building is not the church. However, from a witnessing perspective, having our own building helps to change Ecuadorians’ perception of non-Roman Catholic churches as informal or ahistorical. Having our own building is also a witness in itself that shows our commitment to be ‘salt and light’ in the midst of the community. Besides that, we now have more room for different activities that we were not able to have in the past. Now we have four Sunday school and catechism classes at the same time, a small library, nursery, and a study that are a great blessing for the members and visitors.” 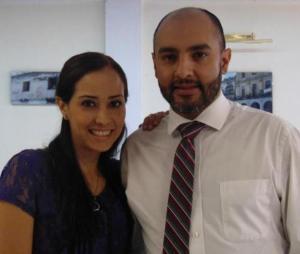 The congregation welcomes a steady stream of visitors looking for a confessional, reverent, loving, and gospel-centered Christian church. Luz de Vida celebrated its tenth anniversary on September 25 in its new location.

The building is in a residential area on the north side of the city, only two blocks from a main avenue. Public transportation and parking are available. It has a large room that works well for worship, a cafeteria, and several smaller rooms. Because it was originally a house that had been renovated for commercial use, its cost per square foot was significantly lower than similar buildings.

At an October 5 congregational meeting, Covenant Reformed Church (URCNA) in Pella, IA (who ordained Rev. Landázuri to serve as a missionary to Ecuador), approved a plan to provide financial support for the building purchase. An individual gift of $25,000 has been designated for the Luz de Vida building, and Covenant will borrow the rest of the required amount from its existing building fund. The church will pay back its building account as gifts are received through congregational fundraising efforts and support from other URCNA churches.

“Above all, we are humbled and thankful to the Lord for Covenant’s generosity and their commitment to support the Ministry of Luz de Vida in Quito,” Rev. Landázuri says. “God has provided in ways that seemed impossible in our eyes. Once again, God has shown us that ‘with God nothing will be impossible.’ This commits Luz de Vida to remain faithful to the Word and the Reformed faith.”

The above article by Glenda Mathes appeared on page 12 of the October 28, 2015, issue of Christian Renewal.