Yi Wang (pronounced Ee Wan) was born in northeast China in 1989. He says, “I know it was a sensitive year, but I didn’t have a choice.”

As Yi grew up, he developed an atheistic and evolutionary worldview. But while attending college to become an architect, Yi’s mind often filled with important questions about life and the basis for making decisions. A growing confusion and frustration—combined with disillusionment—drove him to leave his country, his previous life, and his college to find answers.

“The turning point was a student union campaign in the second year of college,” he says. “I was asked to quit the competition because someone had already been internally nominated to that position. I was called a ‘white boy,’ which means that I had neither strong family background (my parents are just normal people, not officials or wealthy) nor did I bribe. So they erased my name from the candidate list. It was my early exposure to the reality of the sinfulness and corruption of humanity.”

Despite his parents’ objections, he decided to continue his education in Italy. The country held so special significance for him; he chose it based simply on the low tuition fees at his prospective school. It was the first step of a journey he now views as an exodus.

In God’s providence, Yi met a Chinese student (who was a Christian) on his flight to Rome, and the two shared an apartment in Turin for a year. Curious about his friend’s beliefs, Yi began to read the Bible. He discovered it far different from what he had expected.

“I thought the Bible would be full of fables and proverbs teaching some sort of universal moral principles. But when I read it, I found narratives and histories and historical figures repeated again and again.” Surprised by the repetition of events when he read the gospels, he asked his friend, “Is the Bible misprinted?”

For months, Yi sought answers to his many questions. He finally became able to defend the reliability of Scripture’s message, however, a proud and stubborn heart kept him from confessing Christ. “But God pushed me to confront the truth that I had been suppressing,” he says. “Eventually, he worked out faith in me.”

Meanwhile, Yi had met and married Huimin. He shared what he had studied about Christianity and his struggle to believe. The two came to faith together and were baptized in an Italian Baptist church before moving to Milan to continue their studies.

Yi’s study of Scripture led him to believe in a Supreme Being controlling everything. He gave up the concept of personal autonomy and recognized the reality of human and personal sin.

“Sometimes, we tend to put the blame on others, mostly the government. Everything would be better if we only had another government,” he says. “But the truth is it wouldn’t be. My country is a mess, and so is Europe, and if you allow me, so is America. The issue is not which system we rely on, but the sinful nature of humanity, which we have to face seriously. That is to say, it is not only the sins in others, but in myself. I am in the same category. I am a sinner. This is the reality that is so undeniably plain, yet so painful to confess. In this agony, I was reborn into Christ. The sovereignty of God was the first blood drop in my newly regenerated vessels, followed by others like total depravity, predestination, and election.”

Yi came to an understanding of the faith he terms “primitive Reformed,” which conflicted with teachings in his non-reformed evangelical church.

“Talking about humanity’s depravity and helplessness stirred so much hatred among self-called Christians who were still keen on exalting the sinner’s fallen will and autonomy,” he explains. “That is where I came from! They appealed to what I tried to get rid of.”

He continued to learn biblical truth from a Reformed perspective. Every time a teaching challenged him, he turned to Scripture for answers, determined to discover whether it was true or not. Sometimes he also searched the Internet to compare views on certain issues.

“I learned about the historical confessional faith,” he relates. “Reformed theology is not only about five points, but a complete doctrinal mansion that accommodates numerous treasures, such as covenant theology, redemptive history, law and gospel, Reformed ecclesiology, eschatology, view of sacraments and so on.”

After two years, Yi realized he could no longer remain in his church and decided to embark on another step of his exodus. With no expectations, he searched online for a Reformed church and was surprised to find the Chiesa Riformata Filadelfia and Rev. Ferrari.

“You can’t imagine how excited I was when I realized that the only confessional Reformed church in the entire country is in the Milan area,” Yi says. “For the following two years, every Sunday, we took an hour subway to go to that church.” 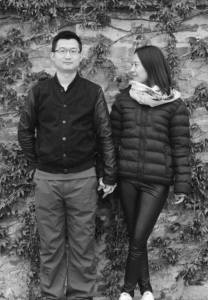 In the summer of 2015, Yi took a huge step of faith on his exodus. He gave up his architectural dream and came to America to study at Westminster Seminary in California. He hopes to return to Italy to help plant Reformed churches and form a Reformed denomination, but he is also passionate about establishing Christian schools.

Because Italian is such a difficult language to learn, Yi believes training Italians to speak English and establish churches makes more sense than English-speaking missionaries attempting to learn Italian in order to plant churches. And due to Italy’s requirement that all children attend school, he desires to work toward offering parents a Christian school option.

“If we plant churches and establish Christian schools side by side (I hope more than one), that provide classical high-level education, combined with strong Reformed biblical teaching by faithful teachers, plus high-quality English language training to prepare the young men for further study and work, we could expect a truly sustainable Reformation in Italy.”

Yi explains the primary reason why he gave up a potentially lucrative career as an architect to prepare for ministry. “It is very simple,” he says. “Buildings cannot save, but the Word can.”

Pondering Paul’s comparison of himself to a skilled master builder in 1 Corinthians 3, Yi sees similarities between architecture and pastoral ministry. Both are fascinating arts that reach beyond time. “Just like the Art Deco in architecture, the outer ornament of ministry or personal spirituality can be very appealing to people,” he says. “On the other hand, wise ‘architects’ build a sustainable ministry where the people of God will be fed with gospel by the ministry of word and sacraments week after week, the members will be looked after with loving pastoral care and church discipline, and parents will teach their children faith at home. This sort of ministry may seem boring and rigid, even foolish in the world’s eyes, but it rests on Christ. And beauty will flow from the ordinary means of divine grace.”

He concludes, “The need for architects to design skyscrapers is nothing compared to the urgent need for skilled and faithful architects to work in the ministry of Christ’s spiritual church. His Holy Church is the greatest Architecture in the whole universe, of which Christ alone is the Architect.”

The above article by Glenda Mathes appeared on pages 15 & 17 of the September 16, 2005, issue of Christian Renewal.